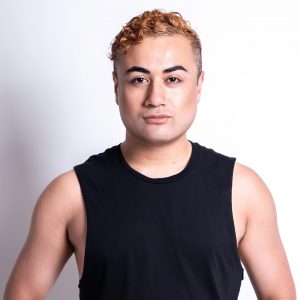 Eliam Royalness is a choreographer & performer from Sydney’s south-west and has been creating dance works since his teenage years. He originates from New Zealand and is a mix of European and Polynesian cultures, which has a strong influence in his purpose and direction.

Equipped with the raw training & experiences in various street dance styles, combined with his calm character quality and respectful yet diverse take on dance, Eliam is a unique being with an interesting viewpoint on dance.

Eliam is the creator and director of Australia’s number one Hip-Hop crew for 2019, The Pioneers MC, who’ve represented Australia at Hip-Hop International in the U.S. He is also a leading figure of Australian Ballroom (Vogue) with the House of Sle (AUS) & the House of Oricci (USA).

Eliam’s style is influenced by elements of various genres under the street dance umbrella. He’s trained in the foundations of Waacking, Old & New School Hip-Hop Grooves, Dancehall, and Vogue; and incorporates these foundations into his movement and choreography.

Eliam’s inspiring drive and passion shows in his creations, personality, and his continued work through The Pioneers MC and his various ventures.

Check out Eliam’s latest concept video below, we are so lucky to have him as part of our team!