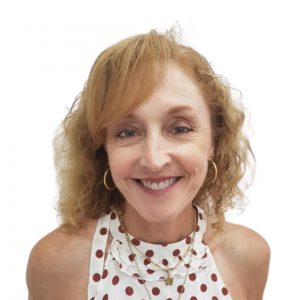 Miss Frances has been involved with dance since age 4. She began her professional career at age 16 when she danced at many Venues throughout NSW. That same year she also became a Dance Teacher in Tap and Jazz with FATD – now known as Australasian Dance Association (ADA).  She was RAD Classically trained but now teachers the ADA Classical Ballet Syllabus. While dancing professionally overseas, she became the first Australian Dance Captain with Princess Cruises where she travelled the world for 3 years.  She has been an ADA Examiner since 1991 and currently serves on the Board of Directors.  She also is the current ADA Technical Officer and Anatomy Coordinator.

Miss Frances has done extensive training in the fitness industry. She has qualifications as a Fitness and Pilates Instructor as well as Progressing Ballet Technique (PBT).  Her passion for technique makes her attention to detail one of her strengths. She loves to impart her knowledge and experience with all age groups including juniors, intermediates and seniors; as well as nurturing preschoolers in the ADA Dance Program known as Ada’s Little Gems, of which she was on the creative committee.