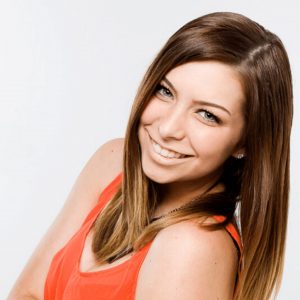 With over 26 years of training and dedication to dance, Beci has performed across Australia and around the world with various artists including Brian McFadden, Rikki Lee, Billy Talent, Casey Chambers and more. Having appeared on TV shows, Hair expo shows and film clips, Beci has also performed at Award shows including the Australian MTV music Awards and ‘Dolly’ teen choice awards. She has been a guest of the “Kerrie-Ann Kennely” show, with numerous performances as well as being interviewed regarding her role in the Australian feature film “Razzle Dazzle”.

Beci’s extensive teaching experience along with her work ethic, allows her to continually push her students to the best of their ability in every single class. She not only hopes to inspire and impact her students but encourage the full potential out of each and every one of them. Beci is excited to pass on her experience and knowledge to all of her current and future classes.